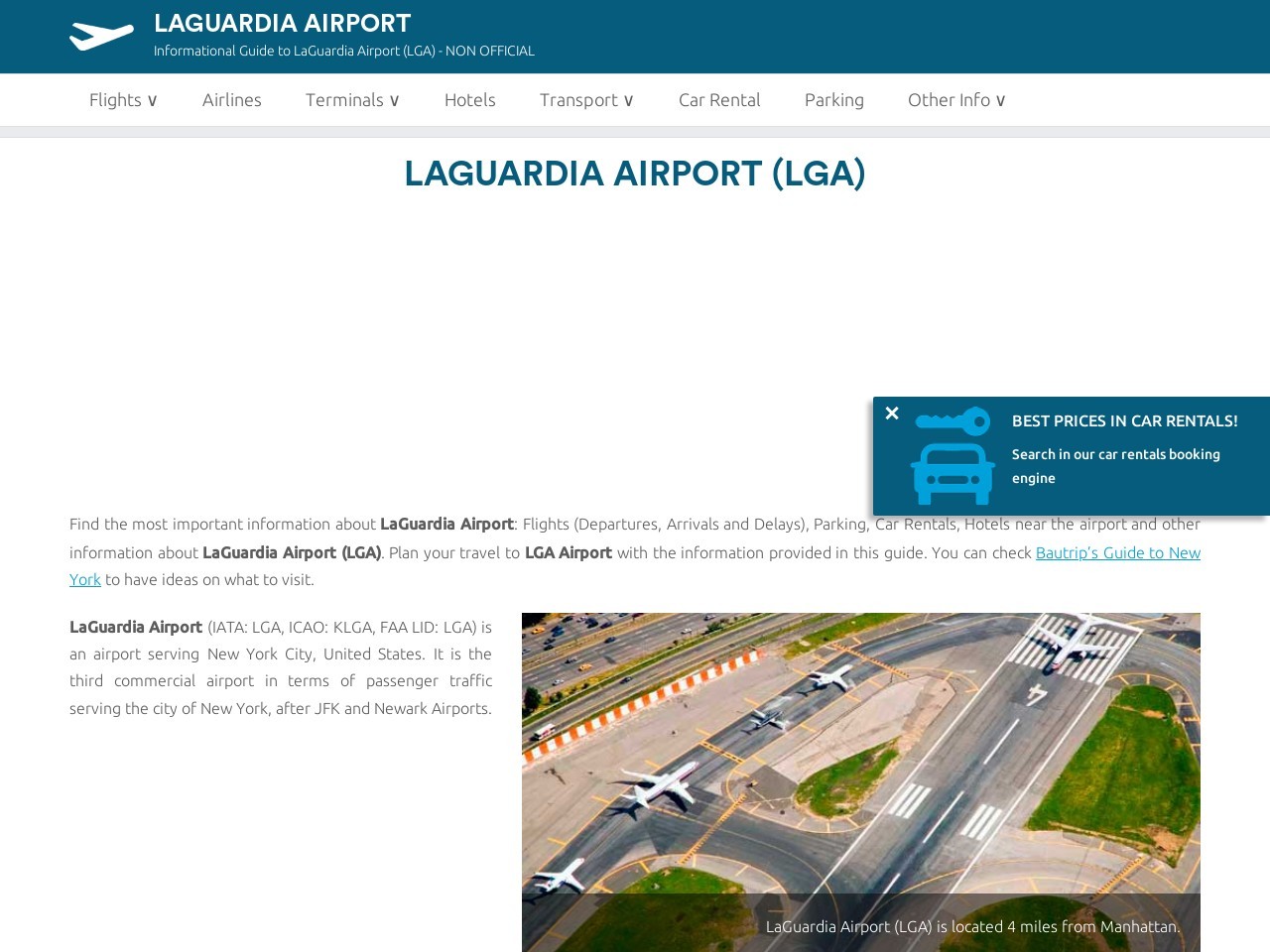 LGA Airport has a perimeter rule that prohibits all flights of more than 1,500 miles. Most international and transcontinental flights are operated from JFK and Newark Airports. LGA Airport is located in the northern part of Queens (borough of New York City), just 4 miles from Manhattan.

LaGuardia Airport is a hub for American Airlines and Delta Air Lines.

During 2020, La Guardia Airport only handled 8,245,192 passengers due to coronavirus crisis.

At LaGuardia Airport passengers can find the following services and facilitiesavailable:

Given the outdated facilities that LaGuardia Airport has, there is a reconstruction project with due date in 2021.

There are the following transportation options available to and from LaGuardia Airport.

Bus: There are lots of bus routes from LGA Airport to New York and other places around.

Taxi: Get to New York City in just 35 minutes from LGA Airport.

New York City is the most populous city in the United States, with more than 8.5 million people.

It is one of the capital centers of the world: Culturally and financially. It is a center for commerce, research, entertainment, technology, art, fashion, sport, among others, being also an important center for international diplomacy. New York is such an special place!

Once there, you can’t miss a stroll in Central Park, visit the Brooklyn Bridge and Dumbo, the Grand Central Terminal, Metropolitan Museum of Art,American Museum of Natural History, the Empire State Building, Times Square, Fifth Avenue, Wall Street. The options in New York are endless.

Enjoy your visit at the city that never sleeps!

SIGN UP FOR THE LATEST SHOW NEWS AND TICKET DEALS